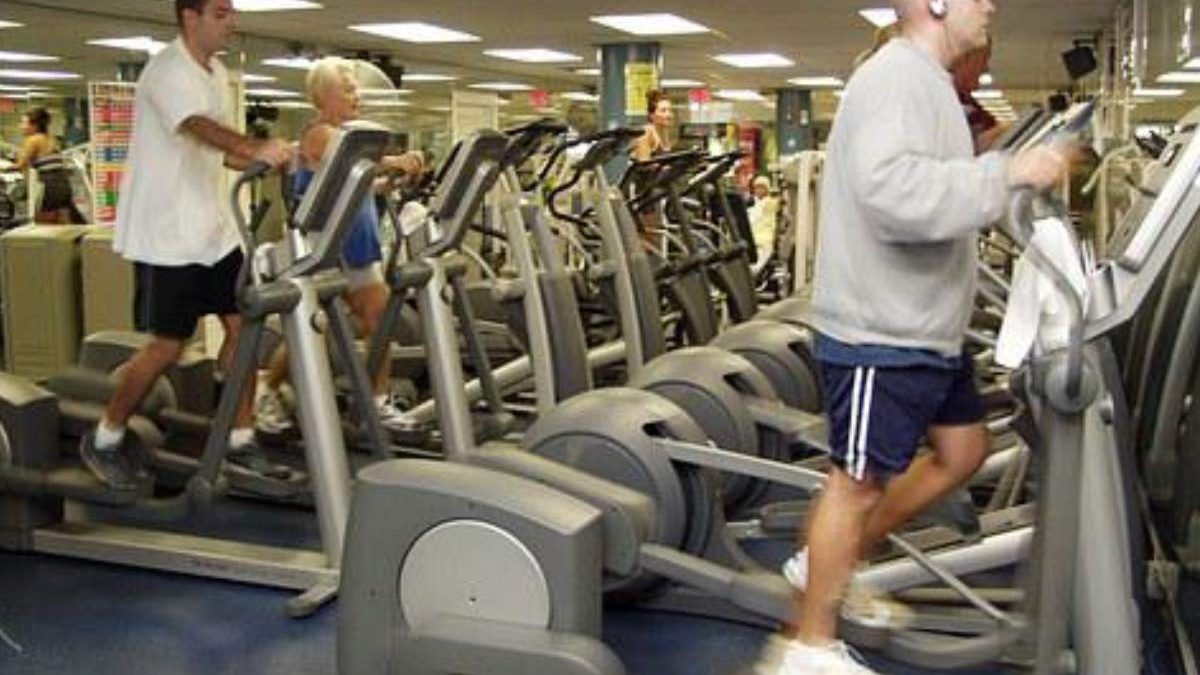 The age-old debate of free weight versus machine training. While there’s a lot of bro science flying around the internet on the subject, the reality is they both have their place. Is one better than the other? No. That’d be sort of like saying a car is better than a truck. Sure, cars make more sense in some cases, but not unilaterally. Just like machines and free weights, they both have their places, and you want to know what makes the most sense for you.

First, machine training is not “killing your gains.” Nor are free weights dangerous for your joints. Both can be dangerous if misused and beneficial if used properly, much like anything else in the gym. You want to use these responsibly and push yourself without going too far. If you’re worried about overexertion, consider investing in a heart rate monitor. Maybe even a waterproof heart rate monitor if you’re a triathlete (or just sweat a ton – no shame).

Free weights tend to win in the areas of functional fitness, form and small muscle training. 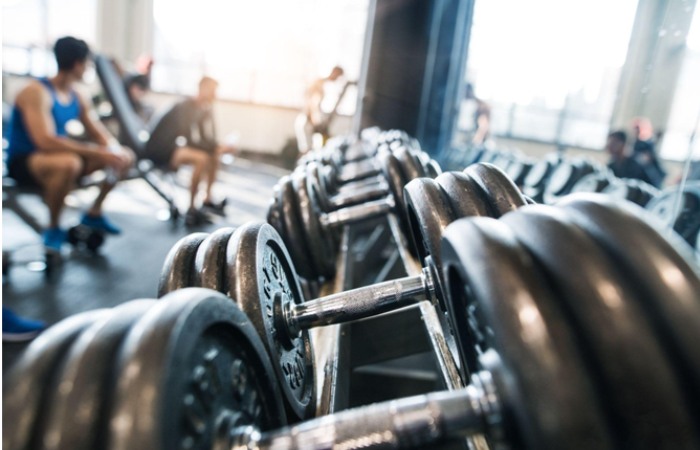 Unlike machines where you’re locked into a particular path, free weights are, well, free. You can move them through whatever planes you like, and the sky’s the limit on exercises. Functional fitness is sort of a buzzy term, but it basically is just a catch-all term for exercises that will translate to your daily life.

How often are you lying on your back, pressing something in the air? Sure, the bench press is good GPP, but it isn’t terribly functional. Squats and lunges, however, are quite functional and likely something you do every day. If you have certain functional exercises you want to work on, free weights are much better for gaining strength and aptitude in them.

So, you could argue either way on this one. In some ways, machines win in form because they lock you into a specific movement pattern. For beginners, this can be really helpful. For advanced lifters who know what they’re doing and have a good understanding of their biomechanics, free weights may be better. 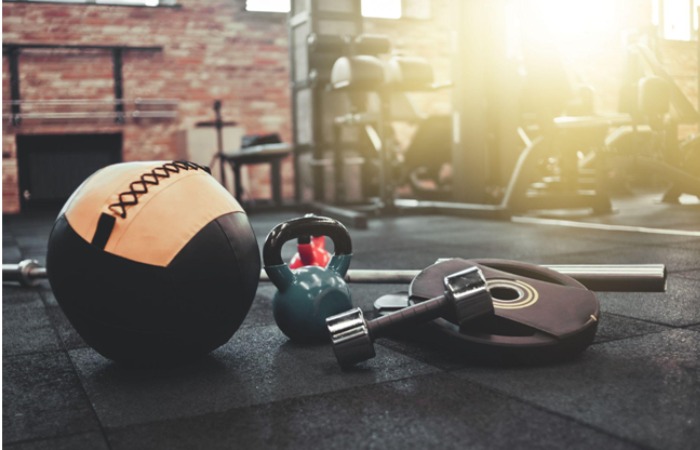 Machines have plenty of adjustments, and the high-tech ones are great. But if you aren’t training at a more expensive gym, you may not feel like machines promote a comfortable range of movement for you. This isn’t to say machines are bad, but free weights force advanced lifters to really focus on their movement when seeking good form.

When beginner lifters think of muscles, they often think of chest, biceps or quads. These are called mover’s muscles. What many people overlook are the smaller muscles (and we aren’t talking about your calves. Ooh, got ”em). These small, stabilizer muscles are the ones you don’t think about often but are key to your overall health and strength.

When you train with free weights, you engage your stabilizer muscles more. This is part of the reason that you can put up more weight on a machine than on free weights. When using free weights, you have to engage more stabilizing muscles, and you get a better workout. 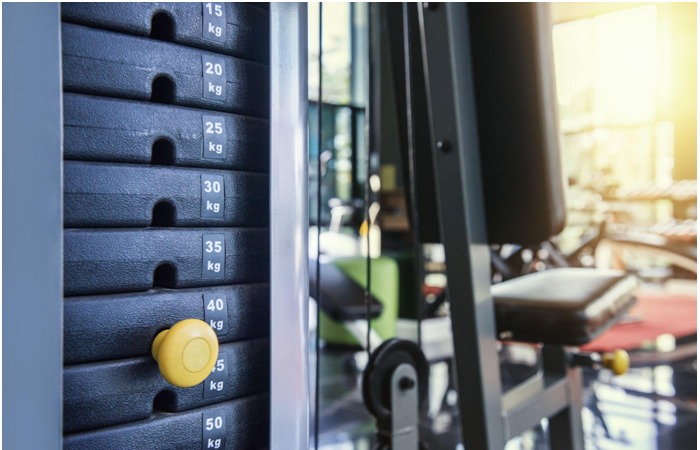 Machines have their place in your workout routine, no matter what your local gym bro tells you. They’re great for beginners, offer improved safety and win in convenience.

Going to the gym can be intimidating if you aren’t sure what you’re doing. Machines simplify this and often have diagrams to show you how to use them. They’re just as easy to increase the weight on incrementally and will help you dial in your form before graduating to free weights.

Machines are a safe way for beginners to build strength and confidence in the gym.

Ever seen someone try to lift something that’s way too heavy for them? It’s honestly terrifying. It looks like they’re about to rearrange their joints. Obviously, you want to be conservative and focus on progressing in weight slowly while maintaining good form, but there’s more to it than just that.

If you’re a beginner in the gym, sometimes you make mistakes. If you get in over your head on weight, it’s easier to dump the weight if you’re on a machine. Just reset the machine to its resting position, and you’re good. If you don’t know how to bail safely from a free weight lift, stick to machines until you feel comfortable bailing.

Convenience isn’t the biggest factor in a good lift, but it’s not nota factor. If you’re short on time, cruising through a few machines can be an efficient way to get your sweat on. Plus, if you’ve got an armband for your phone, you never have to worry about cracking your brand new device while bringing a free weight up.

How Therapy Can Help You Overcome Alcohol Addiction

7 Tips To Exercise Better And Safer

What Does Russel Wilson Eat In A Day And What Can NFL Players Take Away From This?

Exceptional Bicep Stretches to add after an Uppermost-Body Workout

What To Know About Working In Personal Training?

Health4Fitness, 3 days ago
Benefits of 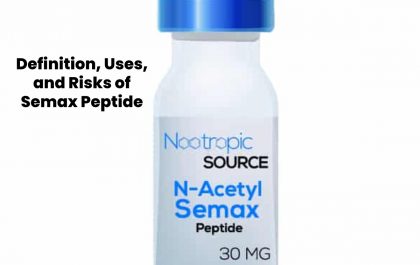 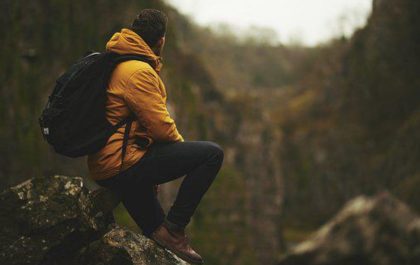