Home > Others > How Sideswipe Accidents Can Have Drastic Consequences? 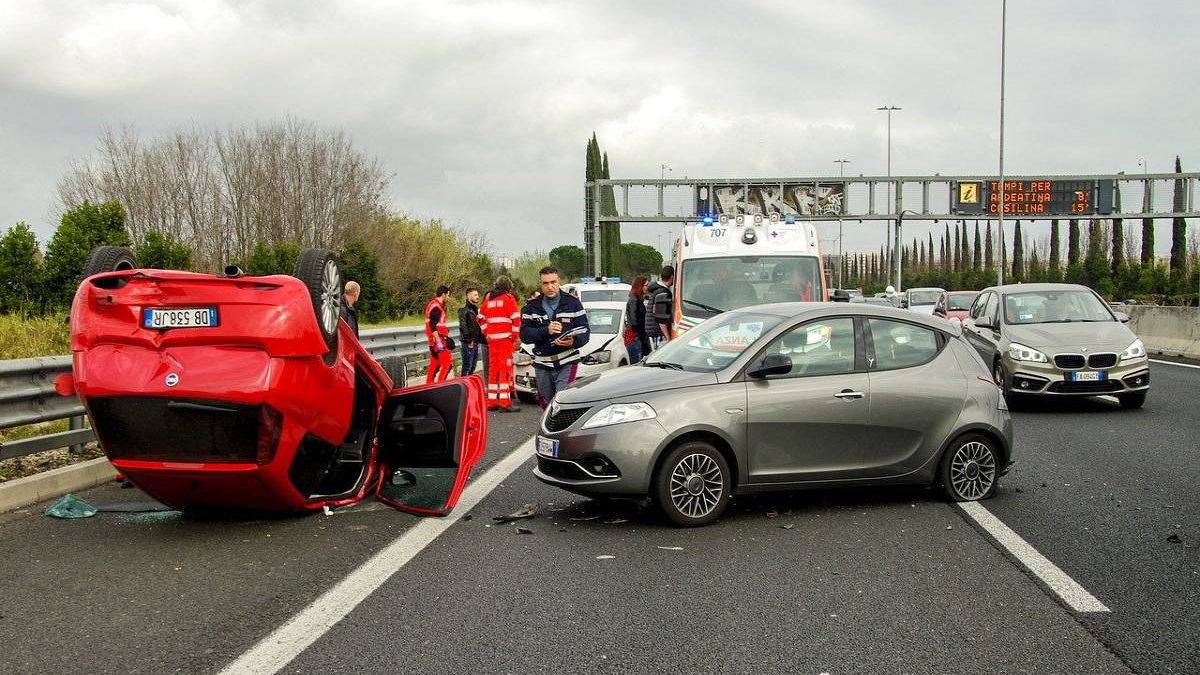 How Sideswipe Accidents Can Have Drastic Consequences?

When you think of an automobile crash, your mind likely goes to certain areas. Perhaps the most complicated one is a vehicle running straight into another vehicle, a sudden and major impact, seemingly coming out of nowhere and ending as suddenly as it began. However, that is not all automobile accidents, not nearly so. Indeed, while such a sudden impact can be rather devastating, getting sideswiped can have significant consequences as well.

A sideswipe is an act where one car tries to switch lanes or otherwise drifted into another lane, either unaware of or disregarding the presence of another vehicle in that direction (although the latter is not quite so common), although it can also involve only one vehicle and another inanimate object. It may seem like a minor impact at the moment, but it can get out of hand incredibly quickly if care is not taken to fix it quickly by both parties, who both may lose control. We will discuss these drastic consequences that may occur so you are better prepared if it happens to you.

The Drastic Consequences of Sideswipe Accidents

The sideswipe itself is obviously not the real threat, but the prelude to it. When sideswiped, it is not at all uncommon for one or both of the drivers involved in the situation to overreact to the situation, making the situation escalate to a much higher degree.

The overreaction typically comes in the form of turning the steering wheel to quickly or veering away from the initial impact in order to prevent the impact from getting worse. Ironically, doing this is exactly what leads to a much more severe accident, possibly including having your car rollover, increasing the possibility for injury significantly, especially if you were not wearing your seatbelt (and you SHOULD be wearing your seatbelt!).

Sideswipe incidents may occur from an unfortunate chain of events, making blame for the situation that much more complicated. For example, while the original sideswiper may have been unaware of a vehicle next to them, that does not necessarily mean that they were being negligent; rather, they could be reacting to a road hazard or another vehicle behaving negligently, and trying to prevent a crash of their own. As a result, if you were to seek restitution for irresponsible driving, it may not be simple as “this driver sideswiped me,” as the two individuals are not necessarily going to be the only people responsible.

It can even create an unfortunate chain, where that initial sideswipe may lead to you sideswiping another vehicle in a panic. Once control is lost in a sideswipe incident, at that point if you are lucky, there is no impact or rollover, or if there is an impact, it is not as severe as it could have been. The consequences can become more significant depending on the size of the vehicles involved; for instance, being sideswiped by an 18 wheeler can be devastating on its own.

While there may be some situations where this may not be the most useful given the struggle of maintaining control in such an incident, reducing the risk is worth it even if it does not completely eliminate the risk as well. In order to reduce this risk, make sure that your focus is on driving at all points. Never use your cell phone while driving, and be very careful when adjusting your radio (if possible, use a voice-controlled radio system to avoid you having to take your hands off of the wheel in the event that something comes at you more quickly than you are prepared to handle). Wait until you are stopped to change the radio station, even if you find the station you were listening to is no longer in range. Patience can save lives. Also, make sure that you are not driving while you are not really in the right state to drive.

It is important not to push yourself in general, much less when you are driving a several-ton vehicle that can take lives, including your own. Fatigue can not only allow you to drift into other lanes and potentially sideswipe someone, or even make it more difficult to react properly if you are sideswiped yourself. Heck, you may even completely pass out from fatigue, leading you to become a threat to all those near you. If you are feeling fatigued from work or anything else, make sure to call an Uber or call someone to drive you home, either with your vehicle or theirs.

If possible, even consider allowing yourself to rest before you leave. And this last piece of advice is something that should be considered common sense, but never, ever, under any circumstances should you operate a motor vehicle while you are under the influence. This is not just limited to alcohol or drugs such as marijuana, cocaine, or any other, but also prescription drugs that may affect your judgment and levels of awareness while you are under their influence. The consequences of driving under the influence is similar to that of fatigue, except amplified. You run the risk of passing out like with fatigue, but your judgment is also hugely impacted, putting you at risk of making a severe error that may needlessly cost lives.

Review How Sideswipe Accidents Can Have Drastic Consequences?. Cancel reply

If You Dislike Your Nose, You Probably Hate Zoom Calls