7 Diets That Are Supported by Science

After trying many diets, it’s hard to try another if you were disappointed for some reason. The good thing is you can skip some of these by concentrating on the ones that are backed by science to avoid more disappointment.

The paleo diet is sometimes called the stone age diet or the cavemen diet. You probably have a good idea of what it is. The diet turns back the clock and asks folks to eat like the stone age human beings might have. Back then, people hunted and gathered wild plants, mushrooms, and sometimes tree bark. The diet is limiting but quite nutrient-dense. This diet might be a little hard to get used to, but it works for some people. 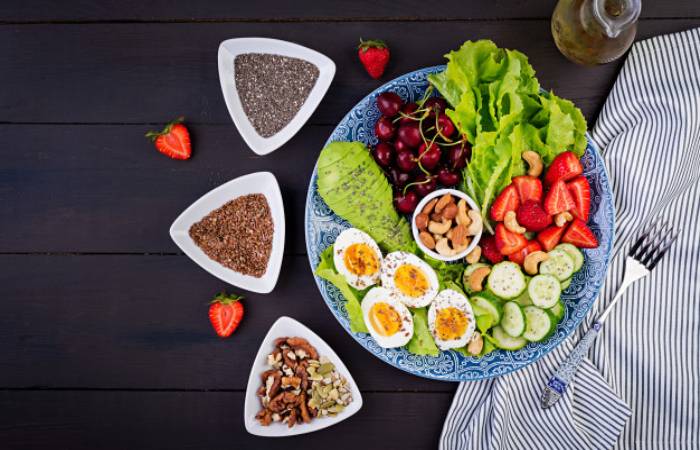 Another diet that may take some time to get used to is the keto diet, but it could be right for you. Some people start looking at these diets as paleo vs. keto because they have some similarities. Both diets are nutrient-dense, but there are some key differences. For example, the paleo diet eliminates dairy, while the keto diet does not. You should also know the paleo diet doesn’t limit carbs. With keto, you’ll be removing as many carbs as possible. Both could work, but the choice is yours.

Here’s another diet worth checking out. The Atkins diet has been famous for decades now because people say it works, and science backs that up. Now, it is a restrictive diet as well. You can only have 20 grams of carbs each day. You are allowed to eat protein and fat, which does open things up for you. You’re trying to get your body to convert fat into ketones, which is sort of what you’re doing with the keto diet mentioned earlier, but some people find this diet more challenging.

The South Beach diet is a spin-off of the Atkins diet. This option is similar to the diet mentioned earlier except you have to reduce your fat consumption. This diet came along because some experts were concerned that people might eat too much fat on the Atkins diet since fat wasn’t restricted there. Some were scared that fat could increase heart problems. If you’re worried about this or you already deal with some heart issues, then consider the South Beach diet alternative to Atkins.

The vegan diet is another restrictive option you’ll have to get used to. Most people that make this switch believe they’re doing the right thing since it means no animals were harmed for them to eat. The diet eliminates what most people normally eat, but it does force you to be creative. This option is a fasting diet and can be helpful for certain reasons. Be sure to take a B12 supplement since you’re eliminating animal products, and you should also eat algae to ensure you get a more absorbable form of omega-3. Plant-sourced omega-3s usually have a low conversion rate for most people.

The zone diet is restrictive as well. This one is a little difficult to accomplish because it’s asking you to pay attention to the intake of carbs, protein, and fats. You need to be taking in 30 percent lean protein, and you could only have 30 percent fat in your diet. Your carbohydrate consumption can’t go above 40 percent. This means you have to rethink all of your meals so that you stick to this diet. The good thing is there are apps to help you keep track of things.

The Dukan diet was developed in the 70s, and it has been quite popular for some time. For the most part, you’re asked to eat only lean protein foods and to stick to that for a while. If you do this, your metabolism might get a boost, and that should help you reach your physical goals. After you boost your metabolism enough, you could start making some changes to the diet. A good app can keep track of all of this for you and tell you when you can vary your Dukan diet.

You’ve got seven great diets that people have been using for a while with some success. It’s important to remember that for these to work you have to stick to them, and you should definitely combine them with a healthy lifestyle to make sure they do what they’re supposed to do.

Review 7 Diets That Are Supported by Science. Cancel reply

Previous article
What Happens During A Check-up At A Male Clinic?
Next article
12 Reasons Make You Feel Hungry All The Time

Hair transplantation is one of the most widely used cosmetic procedures in the world. Men who have hair...
General