9 Different Causes That Can Contribute To Cancer

To date, cancer remains one of the largest causes of death—taking second place to heart disease—in the United States. There are many types of cancers and, thus, risk factors that make a person more likely to develop the disease. To give you an idea of possible causes, here is the list of possible culprits behind the notorious killer.

Tobacco smoking involves products containing natural ingredients such as tobacco leaves. However, there are also other additives like cigarettes that give it flavor. These chemicals are known to contribute to the development of cancer. Some of these chemicals are nicotine, ammonia, Hydrogen cyanide, arsenic, benzene, and lead. Not only do these have cancer-causing properties, but they can also contribute to lung and heart diseases.

FDA-approved medication is supposed to be safe when taken orally. What most people don’t know is that some can also contribute to the growth of cancer cells. While there is still research going on, experts have already classified cancer-causing drugs into three categories: hormone therapeutic drugs, diabetes medication, and immunosuppressive therapy. Some examples include fluoxetine, losartan, and Zantac.

Zantac, a drug produced to treat ulcers, minimizes the production of stomach acid. The drug has been taken off the market because of the dangers of taking Zantac. The FDA has recently begun investigating the drug because of the exceedingly high traces of the impurity called N-Nitrosodimethylamine (NDMA), a probable carcinogen. NDMA can cause cancers in the brain, bladder, breast, colorectal region, lung, ovaries, and more.

Patients who used Zantac and were diagnosed with stomach or esophagus cancer may qualify to file a Zantac cancer lawsuit against the manufacturers. As many patients consulted lawyers to claim compensation, Zantac has been banned in several parts of the world.

While food is supposed to be nourishing, any chemical additives can make food dangerous to your health. Scientists have studied chemical additives to food. It was found that some of them are potentially cancerous. One chemical, acrylamide, can be found both in tobacco and food. Animal studies involving the chemical proved that it could be transformed in the body as glycidamide that can damage DNA and raise cancer risk.

Certain processed foods also contain Nitrosodimethylamine such as beer, cheeses, bacon, and cured meats. According to Drug Injury News, NDMA can cause cancers of the blood, prostate, pancreatic, and thyroid disorders. It’s also found in Zantac that has been removed from the market for its cancer-causing component.

Cancers are the result of genetic mutations. One person can be born with it or have it occur after birth. One family can also carry different types of cancers in their genetic pool. Exposure to harmful toxins could alter cells that have been born and turn into cancerous cells. Simultaneously, there’s also a theory that when stem cells become defective, they also produce cancer cells.

Lynch syndrome is one example that poses a risk of getting cancer because those with this ailment cannot repair damages to their DNA. In turn, one can develop certain types of cancers in the body. 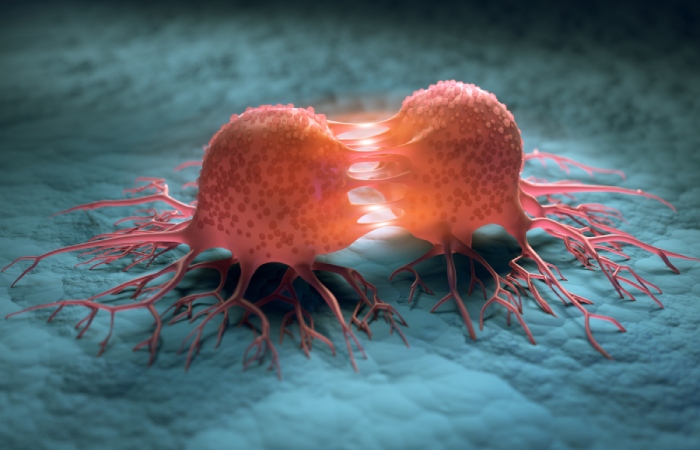 Outdoor activities are generally good for the health as it allows you to be more active, but too much sun is bad because of harmful UV rays. Artificially made tanning devices are just as bad, if not worse, as they produce UV light. They can cause skin cancers such as squamous cell and basal cell cancers. For these types of cancers, those with fair skin, light eyes, fair and red hair are more at risk. Melanoma, another form of skin cancer is likely to occur with those who have large moles.

Specific types of bacteria can also cause cancer. The Helicobacter pylori can lead to ulcers for those with infections in the stomach. It can lead to stomach cancer, which is one of the most common cancer types globally. The bacteria are spread through contaminated food and water. It can also spread through mouth-to-mouth contact.

Another type is the Chlamydia trachomatis, a sexually-transmitted bacteria that can affect the female reproductive organs. Only through a pelvic exam that carriers can find out if they have the symptoms. Human papillomavirus, another STI, can potentially cause cervical cancer.

Cancer treatments help a patient go into remission, but most people are unaware that the patient can also develop second cancer later on because of the same treatments.

Chemotherapy drugs are linked to myelodysplastic syndrome (MDS) and acute myelogenous leukemia (AML). Unfortunately, the longer the treatment and the higher the doses of chemotherapy agents make the patient more susceptible to developing these two cancers years later.

It’s also why there are currently cutting-edge cancer treatments that can also help the body without experiencing adverse effects. Nanorobots, stem cells, and even specific viruses and bacteria are now being utilized as alternatives.

If you work with industrial-grade materials, you may be working with asbestos as it accounts for less than 1% of specific products’ raw materials. At that amount, it is safe to use—however, at exceeding percentages, it can potentially cause cancer. Asbestos is made up of heat-resistant flexible fibers. It is used on cement, cloth, and paper. Those who work near asbestos must wear protective gear like masks as it can remain trapped in the body when inhaled or swallowed. This substance can cause mesothelioma, a type of cancer, as well as inflammation and genetic damage that could also lead to cancer.

Alcohol drinkers are not only compromising sobriety and safety on the road. Overconsumption of alcohol is also linked to six types of cancer at the mouth, throat, liver, breast, colon/rectum, and esophagus. When the body breaks down alcohol, it becomes acetaldehyde which damages DNA. Cells can go haywire through this anomaly and can become cancerous.

Cancer growth is related to genetic anomalies to outside forces like over-exposure to UV rays and bacteria. But while some causes of cancers are out of our control, it’s still worth it to exercise, eat healthy foods, and quit vices that can harm the body. Many cancers can develop in anyone. Early detection can help curb the symptoms and better your chances of beating the disease.

Review 9 Different Causes That Can Contribute To Cancer. Cancel reply