Endometriosis And Pregnancy: Everything You Need To Know

Endometriosis and pregnancy is a possible combination, although it carries some risks. Medical consultation is vital for planning and subsequent strict controls.

Endometriosis is a fairly common pathology, and therefore can be present during pregnancy.

This association, in general, comes from before the woman becomes pregnant and can even be a reason for infertility.

Endometriosis disease affects almost 15% of women. It consists of the presence of endometrial tissue outside the uterus.

This tissue is what usually covers the uterine cavity and allows the embryo to implant.

Most often, in endometriosis, it is found in the pelvis, around or near the Fallopian tubes.

It is still functional, making it sensitive to all hormonal changes that women undergo, including those of pregnancy.

What Does Endometriosis Consist Of? 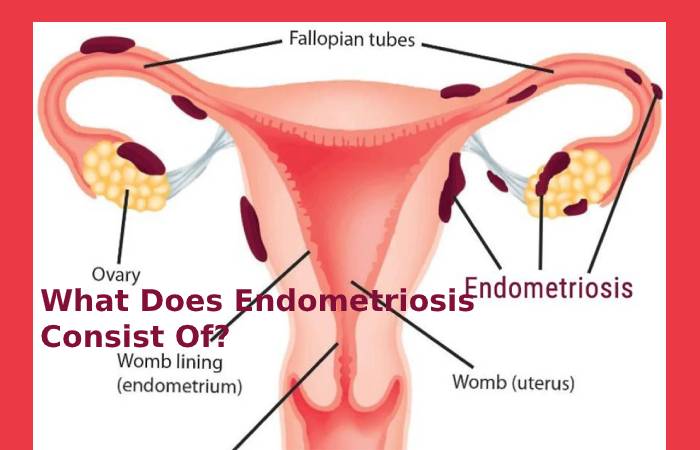 The uterus is a hollow cavity lined with tissue called an endometrial. This tissue is sensitive to hormonal changes that take place during the menstrual cycle in preparation for a possible feat.

From there comes the intimate relationship between endometriosis and pregnancy.

We are talking about the cells that form the protective layer for the embryo during the first days of life, allowing it to grip the uterine organ and avoiding detachment.

In each cycle, normal endometrium present in the uterus prepares for a possible pregnancy, the tissue that is found abnormally outside the cavity also does so.

This means that bleeding occurs in these areas during menstruation.

Some women have endometriosis and are unaware of it.

However, most do have symptoms. The most frequent is pelvic pain, which follows the menstrual cycle.

Also, it is essential to highlight that, depending on where the abnormal tissue is, it will have some repercussions or others.

Endometriosis often affects the ovaries. In this case, tissue-containing cysts can form and are called endometriomas.

Pelvic pain is one of the primary signs of endometriosis, whether in pregnancy or not.

What Is The Relationship Between Endometriosis, Pregnancy, And Infertility?

According to different studies, almost 10% of infertility cases are due to endometriosis.

This seems to be related to the fact that endometrial tissue in the ovary or fallopian tubes irritates the organs.

Inclusively, the theory of damage to these parts of the reproductive system is postulated by the constant cyclical inflammations that occur every month with the menstrual period.

Remember that it is a fabric located in an area that does not correspond.

Scarring and adhesions often form around anatomical regions where endometriosis is present. In this way, the fibrous tissue alters the process of fertilization.

The egg cannot generally circulate into the uterus to receive the sperm first, and then nest.

A woman with endometriosis can become pregnant, although alarms increase.

This pathology is also associated with a series of complications during pregnancy, such as an increased risk of miscarriage, placenta previa, or premature delivery.

In fact, according to studies, the risk of abortion appears to be very high, especially when combined with other factors.

Pregnant women with endometriosis who are obese, over the age of 35, or smoker are highly likely to lose with bleeding within the first 12 weeks.

A baby measured prematurely when it is born before 37 weeks of gestation.

This supposes a critical and stressful situation for the child since not fully developed and has deficiencies in its organs.

The mechanism which endometriosis associated with prematurity and placenta previa not well understood.

This last pathology consists of the implantation of the placenta in an atypical area, closer to the cervix.

Therefore, before or during labor, it can rupture, bleeding puts both the baby and the mother at risk.

Consultation is vital when a woman with endometriosis plans a pregnancy.

Is There Any Treatment For Endometriosis During Pregnancy?

Endometriosis, as such, has different treatment options. However, it not recommended to use any of them during pregnancy.

When the woman is already gestating, it is best to keep stricter control. Pain relief measures, such as taking hot baths, also indicated.

If endometriosis detected in a woman who wishes to become pregnant, prior conservative surgery performed. The aim is to remove ectopic endometrial tissue and preserve the uterus and ovaries—this surgery did by laparoscopy.

The other option is to evaluate the possibility of in vitro fertilization if you want to avoid surgery.

Some women have contraindicated surgery, either due to associated pathological conditions or due to the inaccessible location of endometrial tissue.

It can also be a personal decision not to submit to the risk.

What we must remember is that if a woman wants to become pregnant, it is best always to consult a doctor.

In the case of endometriosis, pre-evaluation is even more essential to reduce future risks.

Review Endometriosis And Pregnancy: Everything You Need To Know. Cancel reply

Hair transplantation is one of the most widely used cosmetic procedures in the world. Men who have hair...
General