It is a common and dangerous diseases of our time. It is the abnormal growth of malignant cells in the body. And it believed that 1 in 3 people is susceptible to it. According to the American Cancer Institution, 7.6 million people died of cancer globally in 2007. Sometimes, the inability of science to cure more aggressive types of cancer in advanced phases of advancement.

It is preferable to give up curative treatment and apply a palliative treatment that provides the least possible degree of discomfort and leads to a dignified death. Starting in the 1990s and with the available therapeutic techniques, cancer is curable in approximately 50% of diagnosed patients. 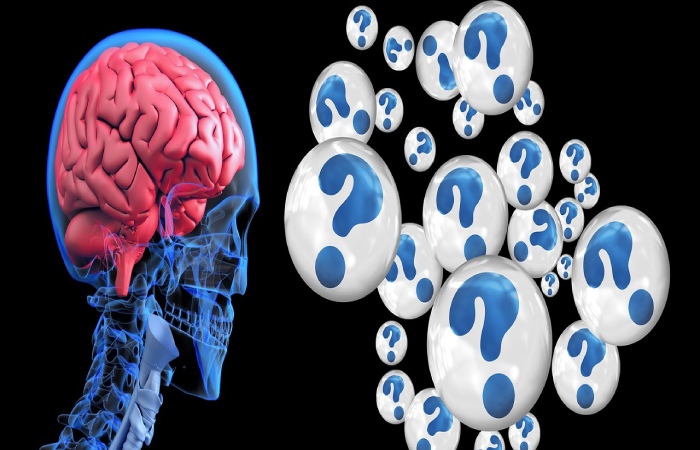 A neurodegenerative diseases of unknown causes. It is one of the most difficult to deal with and deal with. In addition, it causes cognitive decline, behavioral disorders, and memory loss. International Alzheimer’s Day celebrated on September 21 , the date was chosen by the WHO and the International Alzheimer Federation, in which activities to raise awareness and help prevent the diseases held in various countries.

There are differences in incidence depending on sex since there is a higher risk of suffering the disease in women, specifically among the population older than 85 years. For 2010, Alzheimer’s Disease International has estimated prevalence of dementia of 4.7% worldwide for people 60 years of age or older, representing upward figures compared to numerous earlier circulated readings (10% greater than assessed for The Lancet in 2005).

The usefulness of anticholinesterase drugs that have an inhibitory action on cholinesterase, the enzyme responsible for breaking down acetylcholine (a neurotransmitter that is missing in Alzheimer’s disease and that has a substantial impact on memory and other cognitive functions), has been proven.

Also Read: What are the Benefits of Practicing a Sports?

It was the disease of the 20th century, caused by the human immunodeficiency virus ( HIV ). On the other hand, it is an infectious diseases with severe consequences. Significant advances made in medicine, but the cure is not yet known. At least it has been achieved that the condition is chronic. The chances of treatment are certainly remote, so current research efforts are more focused on obtaining some vaccine that prevents new infections.

The systemic lupus erythematosus ( SLE ) is an autoimmune disease. It is unpredictable and can cause arthritis, anemia, skin rashes, etc. Besides, it attacks specific internal organs such as the kidney, lungs, or even the heart.

Lupus occurs more commonly in Asians and Africans and is 9 times more frequent in women than in men. The first manifestations of the disease frequently observed between 15 and 44 years of age. Although there is currently no cure, symptoms mainly treated with low doses of corticosteroids, immunosuppressants, and antimalarials such as hydroxychloroquine.

It generated by a metabolic disorder in which the person has too much sugar in the blood and does not produce enough insulin. A second type occurs because the body offers resistance to the insulin produced. Diabetes mellitus is not a unique pathology but a syndrome, which is why this name now includes, in turn, several different types of conditions but with a common characteristic: hyperglycemia and its consequences.

By the year 2000, it estimated that around 171 million people had diabetes in the world and that they would reach 370 million in 2030. This condition causes various complications, frequently damaging the eyes, kidneys, nerves, and blood vessels.

Also Read: 10 Fruits that can Provide the Most Benefits to Your Health

Hemorrhagic fever transmitted from primates to humans that can be fatal. It is natural to Africa and has a death rate of between 50 and 90% of cases. Within a week, a rash, often hemorrhagic, appears throughout the body. Bleeding usually occurs from the gastrointestinal tract, causing the infected to flow from both the mouth and the rectum. The virus is alive in Africa. In 1976 around 85% of those infected died.

The Ebola virus has no remedy and no precise treatment. The treatment currently used is to maintain the person’s life through resuscitation methods (artificial respiration, avoiding CPR since the virus is contagious by saliva) and to control bleeding as far as possible. As for a vaccine, research does, but this is complicated because not all the virus’s proteins are yet known and because there are only four laboratories equipped to work with an illness like this one.

A chronic disease that can progress in severe stages. It occurs in the lungs and inflames the airways. Failure to take proper treatment can be life-threatening. Although asthma is known to be a condition caused by chronic inflammation of the airways. The precise components of this inflammation remain elucidated, and its causes are uncertain.

Last twenty years, an increase in its incidence due in part to environmental pollution and its consequences and part of the rise in the world population. For example, the World Health Organization reported that 8% of the Swiss population suffered from asthma(diseases), compared to just 2% 25-30 years ago.

A virus-related disease that attacks the nervous system and can cause total or partial paralysis. It mainly affects children between 5 and 10 years old.

The German Jakob Heine first described the disease in 1840.

The World Health Organization declares that an area is free from diseases when three years have passed without any case occurring. In 1994, the WHO considered the Americas Region (36 countries) free of polio. And In 2000 it did so with the Pacific Region (37 countries, including China). In 2002 it was declared to the European Region.

The WHO has declared that there are only four countries in the world where the disease remains endemic: Nigeria, India, Pakistan, and Afghanistan. If successful, it will be the third infectious disease eliminated from the face of the Earth. The first was smallpox, and the second was rinderpest.

It is widespread, and we probably all suffer from it at some point. It caused by a virus that affects the airways and is always mutating. And  which means that we only control it for a particular time. There are treatments available that focus on relieving symptoms, and also on helping the body develop its defenses.

Influenza reaches its highest prevalence peaks during winter. Because the Northern Hemisphere and the Southern Hemisphere traverse this season at different times, there are, in fact, two influenza seasons each year: October through April in the Northern Hemisphere and May to September in the southern hemisphere. The exact reason that the flu appears in those times is not known, but the idea is supposed to be that, due to the cold, people tend to shut themselves up in more closed places, and the interpersonal contact becomes closer.

It is the most common disease. After the cold, the patient develops an immunity to the virus. However, due to the large number of illnesses that exist, we can get sick again. The common cold caused by numerous viruses (mainly rhinoviruses, coronaviruses, and also certain ecoviruses and coxsackieviruses ) that infect the upper respiratory system. Contrary to popular belief, vitamin C does not reduce or prevent symptoms of the disease.

The habit of smoking extends the duration of the diseases approximately three days on average. I was sleeping less than seven hours a day associated with three times higher risk of developing an infection when such a subject exposed to a rhinovirus, compared to those who sleep more than eight hours a night.

Previous article
What are the Benefits of Practicing a Sports?
Next article
5 Sports with Multiple Health Benefits