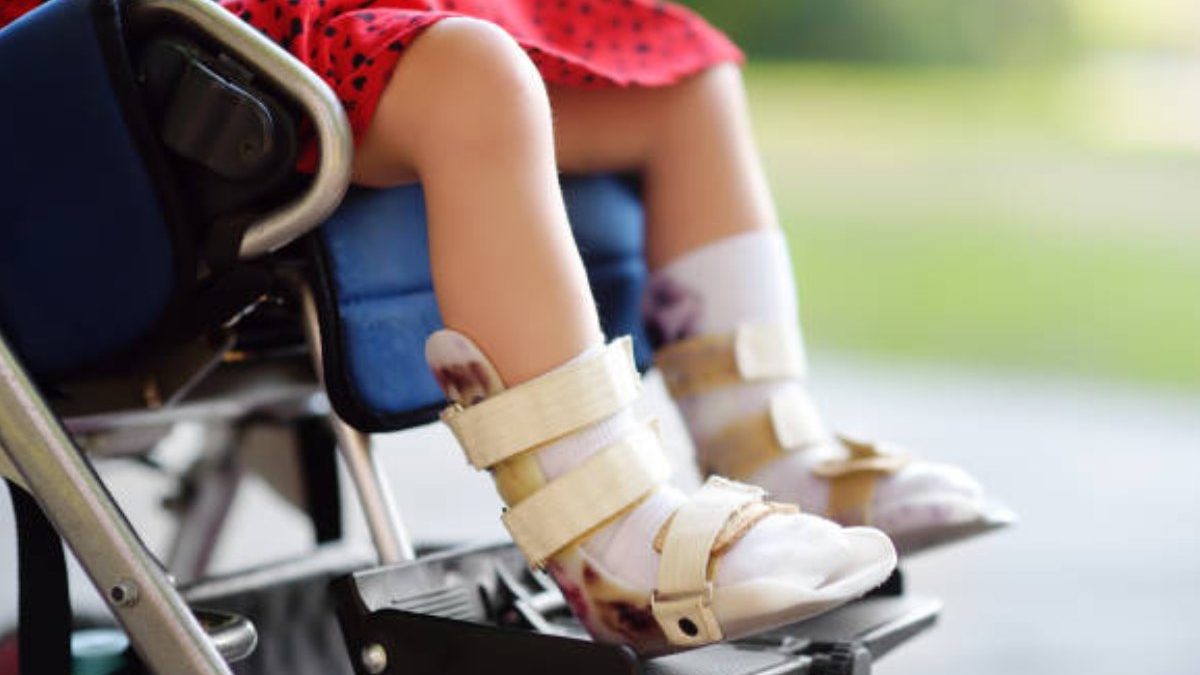 The Definitive Guide to Types of Cerebral Palsy in Kids

Did you know that cerebral palsy is children’s most common physical disability? It affects about 1 in every 323 children in the United States.

Cerebral palsy is a medical condition caused by damage to the brain, which can occur before, during, or after birth. This page will discuss the different types of cerebral palsy and what symptoms to look for. If you suspect that a child may have this problem, please consult with a doctor right away.

It is the standard type of CP, making up around 80 per cent of all CP cases. It’s characterized by muscle stiffness and spasms.

There are two primary types of spastic cerebral palsy:

-Diplegia (or double) affects the same muscles on both sides of the body, typically the legs.

Spastic means “tight” in Greek, which describes the muscle tone in children with this type of CP. Their muscles can feel hard to the touch and may appear stiff or frozen in one position.

The spasticity usually begins gradually, sometimes not becoming noticeable until the child is a few months old. It may not be apparent in some cases until the child begins to crawl or walk.

If you notice your child’s face grimacing or their body making involuntary, purposeless movements, they may have athetoid cerebral palsy. This type is also called dyskinetic CP. Athetoid CP often affects the hands, feet, arms, and legs. It can make it hard for kids to eat and talk.

Athetoid CP is the least common type of CP. It happens in about 15% of people with CP. Doctors think it’s caused by damage to the:

Athetoid CP can range from mild to severe. It may cause very subtle changes in a person’s muscle tone and movement in its most mild form. Its most severe form can cause involuntary movements that are so constant a person can’t sit still or eat without assistance.

Kids with ataxic CP have problems with balance and coordination. It can make it challenging for them to walk and pick up objects.

The most common symptom of ataxic CP is trouble with hand-eye coordination. It means kids might have trouble catching a ball or writing with a pencil.

* have problems with coordination and fine motor skills

* have a hard time judging distance

* have trouble with quick, jerky movements

* have a tremor or shaky movement in their arms and legs

* have trouble with vision

Mixed cerebral palsy is caused by damage to both the motor and sensory areas of the brain. It can occur during or before birth or in early childhood. It is the most common type of CP, accounting for approximately 40 percent of all cases.

Mixed CP can cause a wide range of symptoms, including movement, sensation, vision, hearing, and communication problems. Many children with mixed CP also have intellectual disabilities. Some children may have seizures or other medical conditions as well.

Do you find your kid struggling to use both arms and legs? If yes, then it’s a sign of triplegic cerebral palsy. When all three limbs are affected, it is called triplegic CP. Kids with this type of CP generally have weakened muscles, and they find it hard to perform daily tasks such as brushing, eating, or even walking.

In some cases, kids with triplegic CP also suffer from seizures. If your kid is having trouble using all three limbs, then it’s time to consult a doctor. Early diagnosis and treatment can help your kid live a better life.

When kids have quadriplegic cerebral palsy, they have weakness or paralysis in all four limbs. This type of CP is the most common, making up about 50 per cent of cases. It can also be the mildest form since it only affects the muscles and not the brain or spinal cord itself. In some cases, kids with quadriplegic CP can usually learn to walk and talk.

But in other cases, the paralysis is more severe. Kids might need a wheelchair or other mobility aids to get around.

When it comes to cerebral palsy in children, there is a lot of information. This guide can help you understand the different types and how they may affect your child. Remember, every child is different and will experience symptoms differently.

Review The Definitive Guide to Types of Cerebral Palsy in Kids. Cancel reply

How To Choose The Right Drug Treatment Center

Learn About the Ways to Prevent Dental Emergencies