Home > Disease and Cure > Can Rheumatoid Arthritis Affect The Lungs? 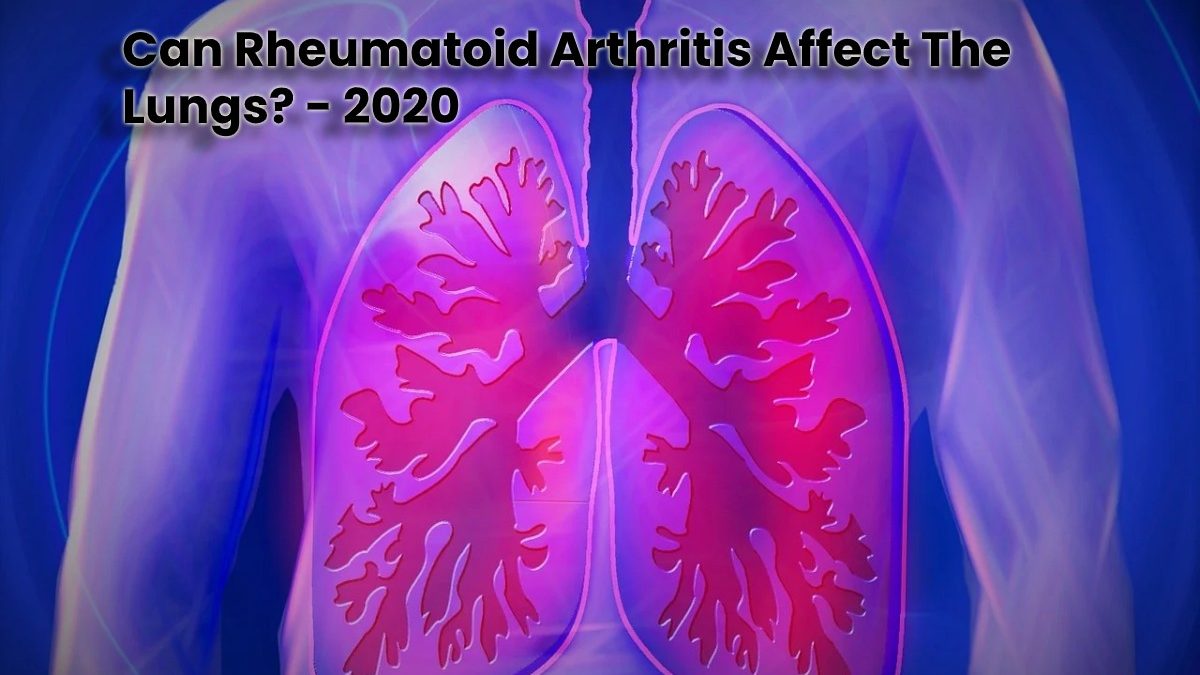 Can Rheumatoid Arthritis Affect The Lungs?

Up to 50% of patients with rheumatoid arthritis show extra-articular changes, such as changes in the heart, lungs, kidneys, blood, and even the nervous system.In this article, we will explain how rheumatoid arthritis can affect the lungs, the symptoms it produces, and its treatment.

What is Rheumatoid Arthritis?

Rheumatoid arthritis is a long-lasting autoimmune inciting disease. It usually occurs at any age, but it is more common in middle age, between 40-50 years, and in women.

It is an autoimmune disease because our body loses tolerance towards our tissues and attacks them as if they were foreign, causing them to deteriorate. This technically translates to the appearance of autoantigens our tissues that are attacked by auto antibodies defenses that attack our cells. Rheumatoid arthritis is a systemic disease capable of affecting any organ that expresses autoantigens.

Despite being able to move any organ, the involvement of rheumatoid arthritis predominates in the joints, specifically in its synovial membrane. This is a layer that wraps around the joint and nourishes it since inside the joint. There are no blood vessels that provide nutrients. Due to the attack of our immune system, the synovial membrane becomes chronically inflamed and destroys the cartilage of the joint. If left untreated, it leads to damage to the bone.

Can Rheumatoid Arthritis Affect the Lungs?

Rheumatoid arthritis can affect any structure that makes up the lung: the pleura, airways, blood vessels, respiratory muscles, and the lung itself. The process by which lung involvement occurs is unknown. However, it observed that various factors might intervene, such as:

For example, men ages 50-70 with more active rheumatoid arthritis, and a history of smoking are more likely to develop lung problems.

The pulmonary affectation by rheumatoid arthritis can present in different ways, as we will see next.

Also Read: Benefits Of Telemedicine: Advantages Of Going To The Doctor Without Leaving Home

The most frequent form of presentation of rheumatoid arthritis (RA) in the lung is interstitial lung disease (EPI). It estimated that in patients with RA, up to 58% might have PID.

The lung in a healthy person is elastic to allow its expansion every time the person inhales air. However, in PID, the lung becomes inflamed and fibrous, causing a loss of elasticity. This causes it not to expand correctly and the patient to not breathe well.

Additionally, PID can damage nearby structures, such as the airways and blood vessels, further worsening the patient’s choking symptoms.

This entity is more frequent than expected and occurs in 30% of patients with RA. It is usually asymptomatic and is a consequence of the evolution of PID.

Due to PID, the lung becomes increasingly rigid, causing the pulmonary vessels to become obstructed and unable to carry much blood. When this happens, the pressure builds up, causing pulmonary hypertension.

Also Read: How To Balance Meals For A Healthy Diet Without Many Sacrifices?

Many of the drugs used in RA are associated with lung injury as an adverse effect. This adverse effect, especially, was seen in the use of methotrexate. Which is an immunomodulator and anti-inflammatory. These drugs cause fibrosis of the lungs.

The pleura is two layers that surround the lung and separate it from the rest of the tissues. Pleural involvement is a frequent manifestation of lung disease in RA. According to a study on RA and its relationship with the lung carried out in 2008 :

“The occurrence of pleural involvement is expected to be 5%, though only 20% of patients have signs connected to the pleural disease. And 40 to 75% of pleural connection reported in autopsy series.”

This affectation causes the pleura to fill with fluid continuously and have to drain; that is, put a tube that connects the outside with the pleura to remove the liquid.

Small lumps can form in the lungs, known as pulmonary rheumatoid nodules. Lung nodules generally have no signs or symptoms and do not pose a risk of lung cancer.

However, in some cases, cavities can occur within a nodule, which can be superinfected and create communication with other tissues, spreading the infection.

The air passages through which air enters and leaves, that is, the bronchi, bronchioles, and alveolar sacs, can be affected. They are constantly attacked by the immune system, causing them to thicken and occlude, preventing air passage.

Diagnosis and Treatment of Lung Disease by RA

If you have rheumatoid arthritis and have respiratory symptoms, you need to see your doctor. An example of these symptoms may be shortness of breath that cannot be explained by another cause.

The diagnosis mainly based on imaging tests, clinical signs, respiratory function tests, and biopsy, a piece of the lung analyzed under a microscope.

Benefits of Strengthening the Pelvic Floor

The Most Cutting-Edge Cancer Treatments